The short answer is No. The Nike Vaporfly Running Shoes are not banned. It is still legal for amateur runners and professional runners to use them, in any competition.

With that being said, there are certain prototype versions of the Nike Vaporfly that have been banned, and World Athletics has updated the regulations on running footwear to prevent Nike’s groundbreaking technology  from threatening the integrity of the sport.

Are the Nike Vaporfly Legal?

Yes. The Nike Vaporfly Next% are still legal. The prototype Nike AlphaFly running shoes worn by Eliud Kipchoge during project ineos (when he broke the 2 hour marathon mark) have been banned. However, these shoes were never made available to the public, and they will never go into production because they aren’t compliant with the new rules set by World Athletics.

Are The Nike Vaporfly Next Worth It?

If you're a professional, absolutely

If you’re a professional athlete, the answer is YES. The Nike Vaporfly’s are the fastest running shoes that have ever been made, without question. To put this in perspecive:

It basically doesn’t matter which marathon you look at. Records on virtually every marathon course across the world are being smashed, because the Vaporfly’s deliver on the promise of a 4% increase in running efficiency.

If you're an amatuer runner, it largely depends on your budget

The performance gains that you can unlock with the Vaporfly’s don’t discriminate based on speed. It doesn’t matter if you run 5k’s in 40 minutes or 10k’s in 30 minutes. With the Vaporfly’s on your feet, you can basically put money on breaking your current PB, provided your fitness levels are solid.

With that being said, the Vaporfly’s are super expensive, and while they might be great for races, they aren’t the best shoes for training, because they won’t last very long (the recommended max mileage is around 200 miles).

Basically, if you are determined to break your existing PB and you don’t mind spending around $250 on running shoes, the Vaporfly’s won’t disappoint on race day.

There are three primary reasons for the groundbreaking performance of the Nike Vaporfly next running shoes. 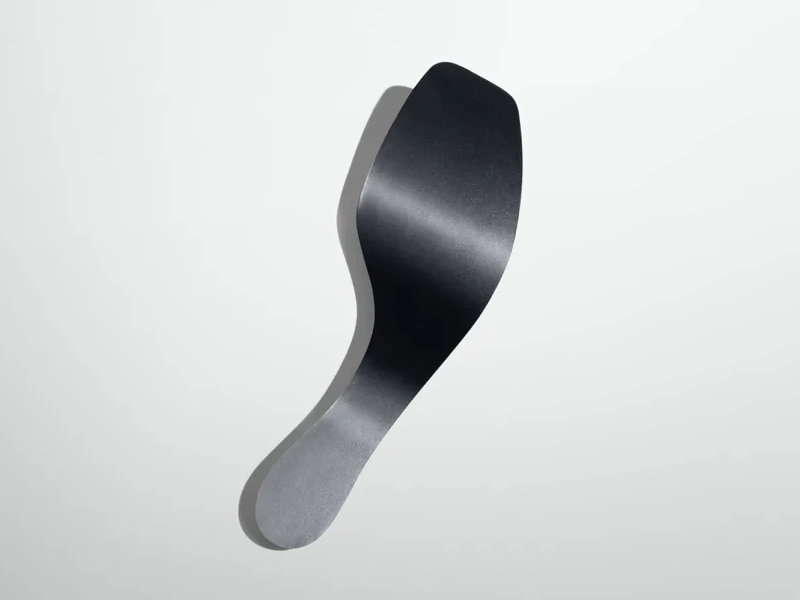 Nike call the carbon fiber plate built into the sole of the shoe a ‘built-in secret weapon‘, and you can’t really argue against this statement.

More importantly, World Athletics has deemed it acceptable for manufacturer’s to use a single carbon plate.

The upperweave of the Vaporfly’s is literally as thin and light as it gets. The ‘Vaporweave’ is also very strong and water resistant, so you don’t have to worry too much about wear and tear.

The Vaporfly upperweave has redefined just how thin an upper can be. All excess weight has been removed, and every gram counts when trying to break records. 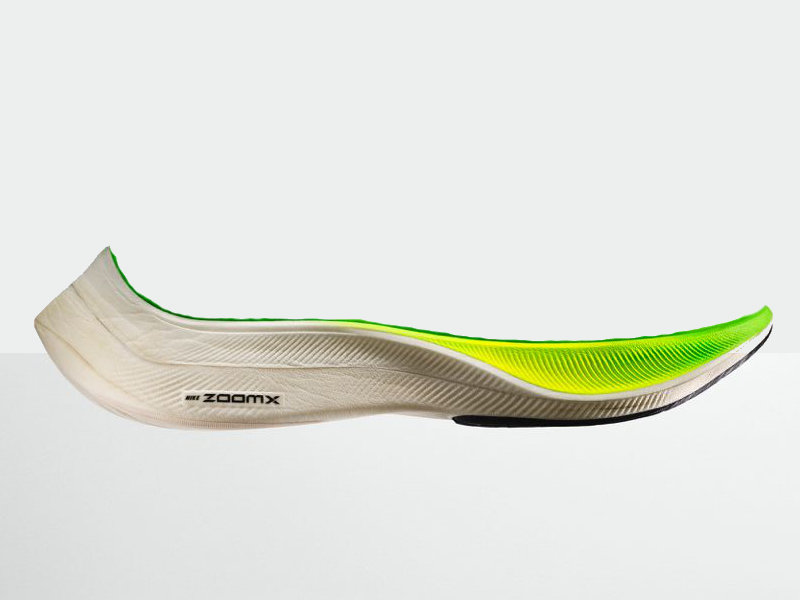 You need only take a quick look at the Vaporflys to appreciate just how large the sole actually as. The bulk of this sole is made up of Zoom X cushioning, which is the lightest cushioning material currently available.

In other words, you get the benefit of premium cushioning, without any of the weight usually associated with thicker soles. When combined with the carbon plate sandwiched in the middle, the net result is record breaking propulsion.

What Are The New World Athletics Regulations?

In this case, it is best to go straight to the source. Here are the new regulations, set by World Athletics.

You can view the full set of regulations here. Just be warned. It makes for some drab reading.

At this point, it’s worth clarifying that the Nike Vaporfly Next % running shoes are compliant with the World Athletics regulations (above). The sole is not more than 40mm thick, and there is only one rigid plate. Those are the rules, and the Vaporfly’s abide by them.

From our perspective, it is fundamentally clear that Nike have fundamentally improved running shoe technology. Unlike so many companies that stack their benefits on layers of hype, the Vaporfly actually delivers on the promise of a 4% increase in running efficiency.

While the debate over the legality of the Vaporfly’s is likely to continue for some time, our expectation is that other brands like New Balance, Adidas and Brooks will eventually catch up. In other words, a new barrier of technological performance has been set, and the industry simply needs to adjust. For instance, Hoka One One and New Balance already have shoes available with a similar carbon plate built into the sole. It’s only a matter of time until their foam technology catches up as well.

Even though the Nike Vaporfly’s deliver a performance boost that is comparable to those fancy swimsuits that were eventually banned, the benefits of better running shoe technology appear to outweigh the costs. Professional athletes like running faster, amateur athletes like running faster, and the global running audience has an insatiable appetite for record breaking times.

Ultimately, the running world is not going to revert back to less efficient shoes, on purpose. The more important question is who will be first person to break the 1:59 barrier in the marathon. With Nike Vaporfly’s at their disposal, you best believe it is possible. Come on Kipchoge!